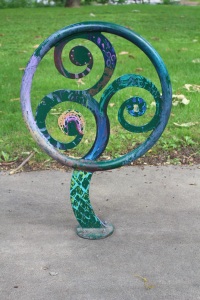 In the 3 months since my last post, I’ve basically struggled with finding a comfortable place to do the creative things that I love (cooking, writing, playing guitar, etc).  Hence the hiatus from contributing ideas to my blog.  Yet the need to create persists, and I’ve come to realize that this is something that I need to make time for.  Recently, I came across the article on Chris Guillebeau’s Art of Non-Conformity site aptly titled Why You should Write and realized how fulfilling it is for me to get my ideas out there.

In May of this year, I joined a co-collaborative, co-networking group called CoCo.  I basically took a risk and joined with the hope that I’d network with new people in different industries and would soon be well on my way towards establishing my own career identity.  I’ve scrambled to fill the gaps in how I effectively network and am still hoping to see the fruits of my labors.  Networking is a full-time endeavor, one which I have a lot more respect for.

Along with the challenges of networking, I’ve come to realize the importance of creative space.  When I was younger, I used to think that musicians paying rent on a place that they could store their instruments and practice, a jam-space if you will, was quite foolish and unnecessary.  But now I get it.  The space to create is an extremely important component of the creative individual.  A place where musicians can leave their gear as well as define the type of work that is created is very important to the overall mental health in moving their artwork forward.

A couple years ago, a friend of mine who’s director of a small IT company embarked on what I consider a really amazing project.  He decided to build a tiny house.  Initially, he found a warehouse 30 minutes south of St. Paul, Minnesota to begin the construction of his house.  For about a year and a half, development went well, before construction got to a point where the house could weather the elements on it’s own.  Soon after, he terminated his lease with the garage and moved the tiny house into his backyard.  Financially it was a very wise decision.  At the same rate, after the move, new construction on his house almost completely ceased and he found difficulty in working on it.  Priorities had obviously shifted, but he readily admits to me that without the garage he used to work in, he finds that he’s not as excited to work on his project anymore.

After moving into my current apartment a couple of months ago, I’ve struggled to work on anything creatively.  I don’t own much at this time, and am reluctant to go out and purchase anything new due to my uncertainty of what I want out of life next.  Do I want to get a new home, or do I want to leave next year on another grand adventure?  Unfortunately, the complacency and inability to commit to any direction has forestalled any progress in making my apartment into any kind of creative space to work on my ideas.  It wasn’t until recently when I finally moved my table out of my friends storage unit that I felt like I had some kind of work-bench again.

Recently, I heard about a friend that moved into an apartment complex that was designed to cater only to artists.  They have an intense and thorough interview process where you have to prove that you’re the type of person that would benefit from living there.  With the emergence of co-working spaces, living spaces catered towards artistry, or places where one can go create, learn, and collaborate, like The Hack Factory in Minneapolis, it makes me wonder if we’ll see more and more creative spaces pop-up in an effort to provide needed work areas for people looking to be creative and explore.

My eyes have been opened to the importance of creative spaces.  People cannot confine themselves to any 4 walls and expect to be creative.  In many companies, there’s an expectation that one can be seated in a cubicle and expected to produce stellar work.  However, that’s not the case.  I’ve found that by exposing myself to other creative individuals, at least once a week, at least helps me to keep my creative juices flowing.  Creative output is a difficult thing to measure and often takes a period of time to manifest, but I do believe that the environment that we place ourselves directly impacts our ability to be creative.