It’s hard to believe that I returned from my trip to Portugal almost 2 months ago, and have yet to write about the second half of my experience.  I’ve found it difficult finding the desire to sit down and write about my experience, I think partly due to the crowds (travel during high season), the hurried travel between destinations, and the unfulfilled goals that I had for this trip.  I think it’s apparent that the things I want out of travel are different now and that my approach to it is changing, or will likely change in the future.

When I think of the memories that stick with me while on mainland Portugal, I most vividly remember the following:

Traveling to Porto, and walking the boardwalk and narrow streets of Gaia, and visiting three of the Bodega’s that make port wine: Porto Cruz, Graham’s and Ramos Pinto.  This included witnessing a spectacular sunset as the backdrop of Porto from the Dom Luis 1 bridge.

Rediscovering my enjoyment experiencing the countryside taking a train from Porto to Lisbon.

Enjoying long walks on the beach and incredible sunsets in Ericeira.  I wanted to take surf lessons here, but found that I started to acquire a small cold once I arrived.  For those interested, Ericeira is a small surfing community.  If you’re interested in surf lessons, you should stay at Hostel and Surfcamp 55 – they’ll make all the surfing arrangements  for you.

Touring the castles in Sintra, a 45 minute train ride from Lisbon.

Having my fish-out-of-water experience (I seem to always have one of those), while trying to get through the ticket exit in the train station.  The reader wouldn’t accept my ticket.  After at least two minutes of struggling with the reader, a nice Portuguese woman came up behind me and pushed us both through at the same time.  The hospitality and help from people in the world never ceases to amaze me.

I mostly relaxed while in Lisbon, but while there, enjoyed some amazing fare at the Time Out market.  I also had a most incredible watermelon gazpacho at a restaurant near the bay area.  The night before I left, I also was gifted in experiencing a bit of Lisbon’s burgeoning micro-brewery scene by sampling some beers at Duque Brewpub.

Overall, it was a good vacation, albeit, I was quite tired of dealing with all the crowds.  I noticed, that upon returning home, that I had taken, roughly, 1/4 of the pictures I usually take when I’m gone for two weeks.  Instead of taking my SLR camera, I opted to take my point-and-click.  While walking down the streets of the towns that I visited, I was often compelled at times to take pictures of my surroundings, but decided against that.  I’ve found that taking a lot of pictures takes me out of the moment, and I don’t really experience my surroundings.

Since returning to the states, I’ve spoken with my friend, Lisa, a traveler currently living the dream (she may disagree) in Denali, Alaska, about my changing travel goals.  I think we both agree that the best travel is done while staying in 1 location for some time.  Traveling from place-to-place, only resting for a couple days, with constant planning, and harried preparations is really tiring after a time.  And many times, upon returning to your life back home, you find yourself exhausted and not entirely rested from the life you were trying to escape from (at least momentarily).

When I used to think of traveling for an extended period of time, it mostly encompassed seeing new places, and having different experiences while meeting different people from around the world.  While that’s still a goal, I think spending time in one place for a longer period of time and possibly becoming part of a community, or actually living in one place for a period of time, resonates with me a whole lot more than trying to pack it all in within a two week sprint.

It will be interesting to see what the next adventure brings.  Maybe I’ll slow down and take my time in one place.  Or, maybe I’ll accept the inevitability that I need to experience as much as I can while in my new destination.  Either way, I’m already thinking of my next adventure. 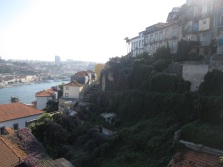 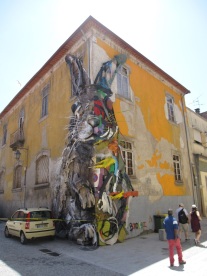 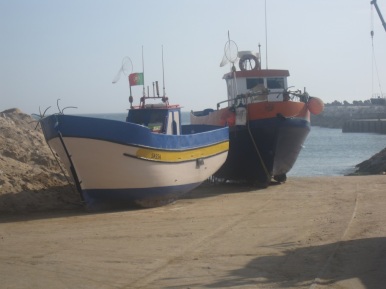 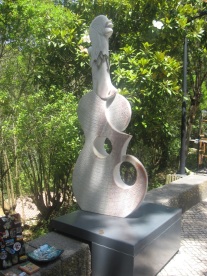 Tell me, what is it you plan to do with your one wild & precious life?

How I Learned to Stop Worrying

Musings on bicycling, travel and life.